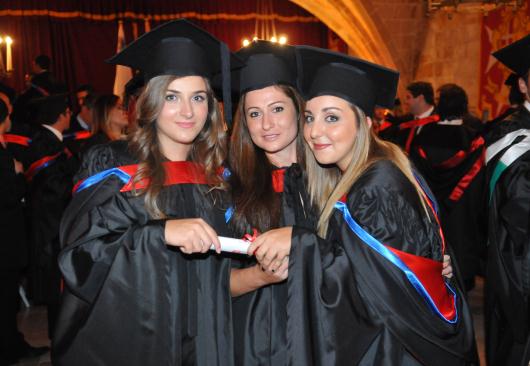 The Vice-Chancellor congratulated the students on their outstanding academic results, and said that the first graduates attest to the high standards Middlesex in Malta is setting – standards which have already been recognised by industry leaders.

Thanking all the students for placing their trust in Middlesex, and all the academic staff for delivering the promise of a high-quality education, Professor Driscoll added that the Malta campus is already a success and will seek to establish itself as the leading British university in the Mediterranean region.

The event took place in the vaulted hall that once served as a hospital run by the Order of St John, also known as the Hospitallers, who were among the most famous of the Western Christian military orders during the Middle Ages. The exquisite venue later served as a military hospital during the First World War.